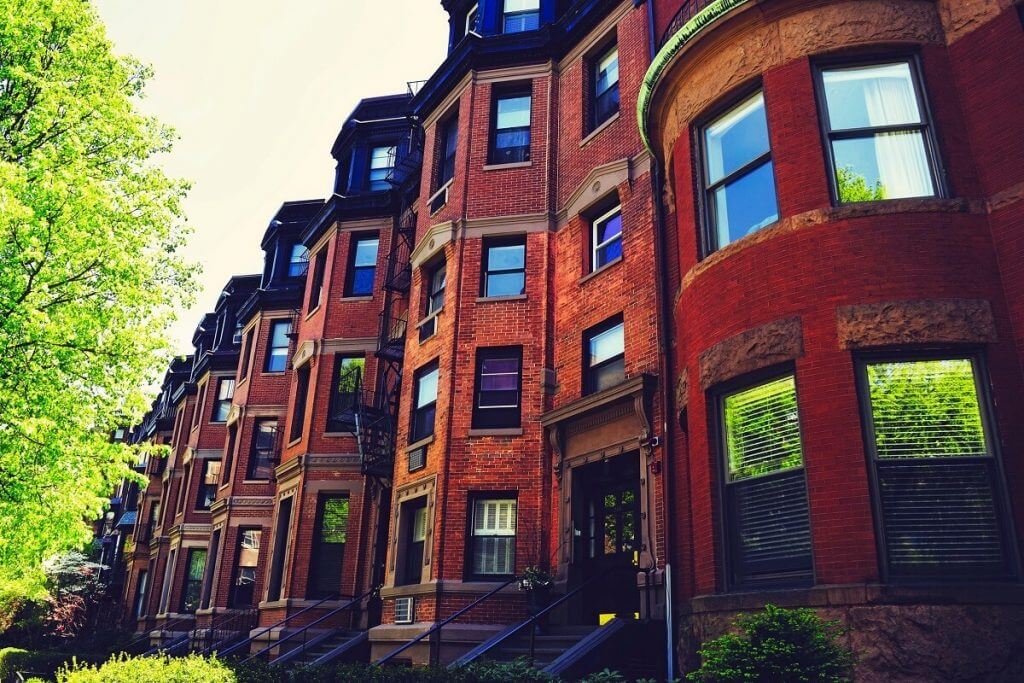 The year 2020 was a mess for the real estate business. When the pandemic began, every major metropolis in the world was forced to close down for an extended period.

Businesses and educational institutions were closed, and those who were going to work were facing the horrors of COVID-19 on the front line.

Using a hand sanitizer after each minute became compulsory, including wearing a face mask.

When all educational institutions went into online learning mode, things were tough initially, but now everyone has grown used to it.

Though professionals in Finance, Retail, Real Estate, Healthcare, and other sectors requiring front-end personnel to work are going to work.

Precautions are still necessary because the city is yet to recover from the deadly disease.

No one was allowed to be out of their homes because of the pandemic’s severity. In Toronto, Christmas holidays were spent in homes and with people nearby instead of relatives living at a distance.

Gatherings of more than eight people resulted in people getting penalized.

What was the impact of the COVID-19 pandemic on Toronto’s real estate?

The pandemic was a scary time of the year and made 2020 look the worst year in any person’s life.

Most of the real estate property showings were done virtually.

But real estate agents had to be on the front-line ensuring homes were staged properly, no locks in the homes to be sold were damaged, and checking if there were any damages not repaired by previous tenants/owners.

When it came to selling condos, the first things real estate agents needed to examine was the condo complex’s elevators and surroundings, followed by lights and other essentials.

When they examined the condos, they had to check the plumbing, fittings, electricals, windows, doors, floorings, paints, vents, and the like, to see if it was ready for sale or not.

When it comes to prices, they have been stable. However, they are projected to rise despite the implementation of pricing controls by Toronto’s city council.

Thus, inner-city suburbs are hence expensive, which has made Toronto the costliest city to live in, just like Hon Kong, Sydney, and Melbourne.

2022 has just started, and Torontonians have some burning questions in their mind, which need to be answered at all costs.

Let us now have a look at those questions:

Will the COVID-19 pandemic continue to affect the real estate market, and to what extent, if it will?

In all honesty, the pandemic will affect Toronto’s real estate market under the condition of ‘it depends on the extent it can’ because the pandemic is evolving.

This means, that different strains of the virus have been detected in London, United Kingdom. That creates a wholly different scenario.

When the pandemic began in Toronto in March last year, the question surrounding the pandemic’s interaction and the market was not much about the price, but rather it was about the process.

In short, the market came to a halt, and sales for the market began to drop when the pandemic reached its peak (i.e., approximately 8000 properties were sold in March and almost 3000 were sold in April).

The Government of Canada declared a state of emergency on March 17 last year. It was then the world decided to move in line with Canada.

At the same time, knowledge about the virus and society’s direction was relatively low.

When the pandemic started, only a handful of Torontonians thought about that period being a good time to list their home for sale. As a consequence, very few out there were thinking about buying too.

Let’s consider a small example. There was this condo in Etobicoke listed for C$ 1,850,000.

As the price suggested, it was pretty decent given the surge of prices in Toronto.

However, with the pandemic being present and given the condition of housing prices in good old T-Dot, everyone was waiting for the price to come down.

Despite real estate agents’ efforts to find a buyer for that condo at such a stable price, buyers were reluctant.

Eventually, the condo price reached C$ 2,250,000 (meaning the price rose by 82%). Sales of residential properties took a nosedive of more than 60%.

It is indeed a sad phenomenon, given how real estate agents and everyone else in the city had to wear masks and gloves all the time and keep hand sanitizer with them 24/7.

Also, only one buyer was allowed to view the property (meaning buyers had to see the homes themselves without spouses or family members).

Real estate agents eventually got used to it and wouldn’t go outside the house without either a mask, a sanitizer, or a pair of gloves.

We are now in 2022, and cases of the COVID-19 pandemic have risen. Everyone in Toronto is rooted in their homes.

When it comes to Toronto’s real estate market, the knowledge people have, and the processes real estate professionals created to stand in the way of depressed market conditions.

That means that Toronto’s real estate market might be affected in 2022 at levels of 2020.

Though Torontonians feel and experience COVID in everything they do, the same is being felt in the purchase and selling of residential properties.

In what ways will the months of January and February set the tone for the remainder of the year?

That can be perceived as a continuation of the previous point. Yet this question can be asked at any time this year because the market is still under the effects of the pandemic.

On Christmas Eve, the provincial Government of Ontario put Torontonians on another lockdown and another set of restrictions to last for 28 days.

Some believe that Toronto’s real estate market might be stagnant in January (to the point that it might be non-existent).

Why? Because of the lockdown restrictions, the winter, and yes, of course, the month of January.

Historically, this is one of the slowest months of the year, and in fact, it is the slowest each year. January of 2022 will be a slow month, but sooner or later, the market might explode.

The number of sales in January 2020 was lower than in 2019, but the listings were high.

The market grabs an upward gear from February each year. However, this February might either be slow or unusually robust.

What will be the average price of a home this year in district 416 of Toronto?

The redundancy in these questions has been observed. But it is worth noticing how the average price of a home in Toronto has risen over the past decade or so.

Since the year 2006, housing prices in Toronto have been rising at an alarming rate. Even prices in 2020 were higher than those in 2019.

The Average Home Price is the most examined, most reported, and most-influential metric present in real estate, and that too for a good reason.

Those who are homeowners probably will not care how many homes like the ones they own are selling. But how much are these homes selling for? That is a question for which they seek answers.

The average price of a home in the Greater Toronto Area in April 2017 peaked at C$ 920,791 before dropping down.

Four more records were seen in June, July, August, September, and October of 2020.

The January and April 2017 prices have a jump of 19.5% in three months. That makes many ask if such a price hike is sustainable or not?

So, the question remains:

It is time that the Canadian Government examine the matter in sincere terms and bring about a massive reduction in the prices of homes in Toronto as soon as they can.